The IMRF launches 2018 Awards and calls for nominations 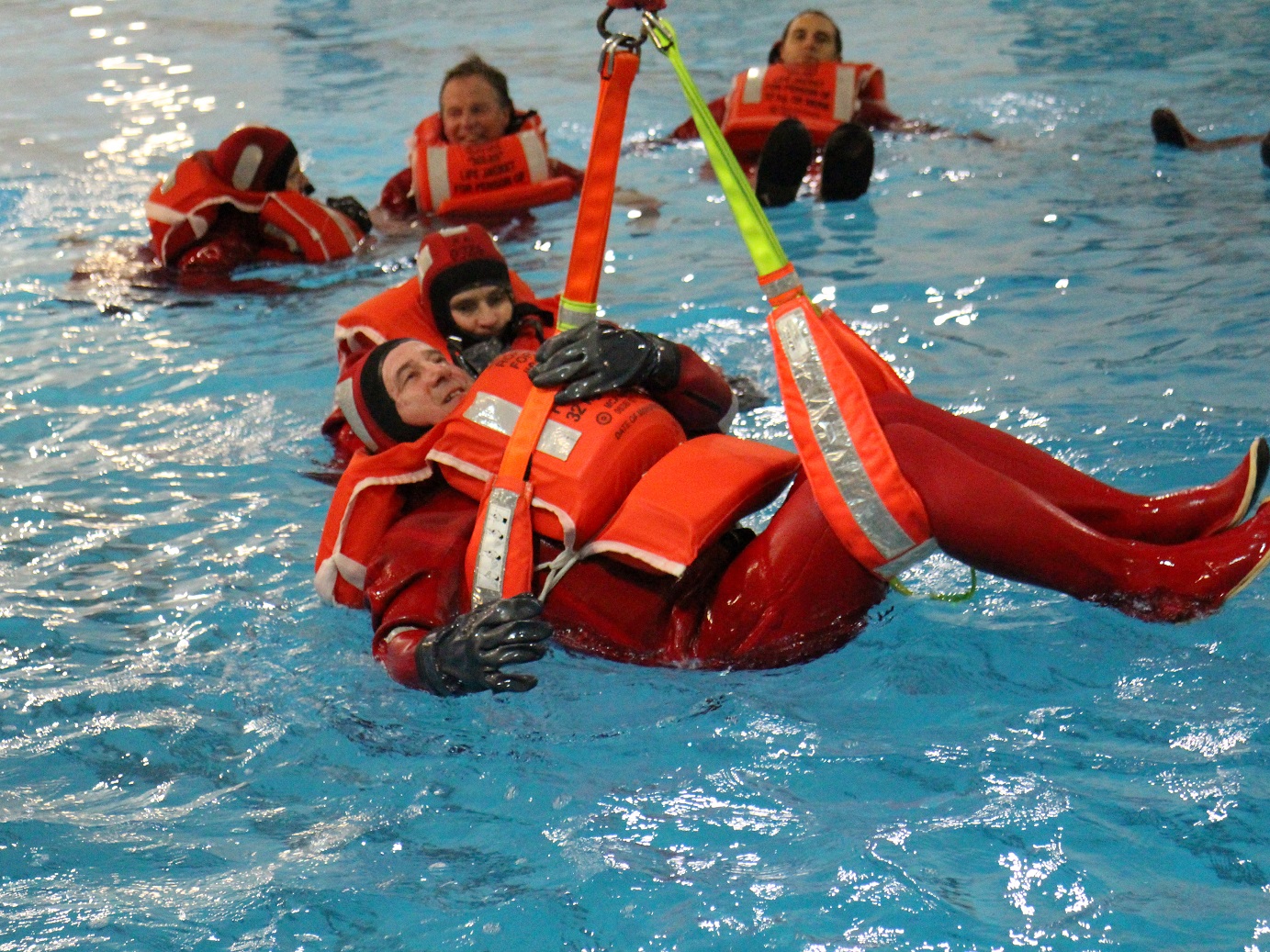 The International Maritime Rescue Federation (IMRF) has launched the IMRF Awards 2018 and is calling for nominations and entries from around the world. The Awards are unique, in that they were specifically established to recognise and reward the selfless efforts of search and rescue (SAR) operators around the world, who make many sacrifices to save lives at sea.

The IMRF Awards also showcase new search and rescue products, technologies and techniques that could help improve search and rescue operations and save more lives. This year’s Awards ceremony and dinner will be hosted by the Norwegian Society for Sea Rescue (RS) at their new state of the art training centre, RS Noatun near Horten in Norway, following the IMRF’s annual European Regional Meeting.

Entries are now invited for the four IMRF Awards 2018 categories:

The IMRF Award for Outstanding Individual Contribution to a Maritime SAR Operation
The IMRF Award for Outstanding Team Contribution to a Maritime SAR Operation
Innovation and Technology in Maritime Search and Rescue (to recognize technological innovations that improve maritime SAR locally and globally for the rescuer and/or for those being rescued)
The IMRF Vladimir Maksimov Award for Lifetime Achievement in the Maritime SAR Sector.
Theresa Crossley, CEO IMRF said: “We are calling for entries to this years’ IMRF Awards, which recognise some of the many unsung heroes who’ve saved lives at sea.

“The Awards – now in their third year – are gathering significant international recognition. In 2017, there were more than 40 nominations from around the world, all demonstrating exceptional courage, determination, perseverance, or expertise in their efforts to save lives at sea.

“Last years’ winners included an established SAR organisation which had set up training schemes in parts of the world with limited SAR provision; volunteers carrying out migrant rescues in the Mediterranean; off-duty SAR professionals acting quickly and professionally in a life-threatening situation; and a ship’s crew carrying out successful man overboard rescues in terrifying conditions.

“Far too many people around the world still lose their lives at sea, but the IMRF Awards offer an opportunity to recognise the individuals and organisations working to reduce the numbers of people dying in this way.”

There will also be an IMRF Local Hero Award 2018, which will be given to an exceptional local SAR individual nominated by the event’s hosts, the Norwegian Society for Sea Rescue.

Rikke Lind, CEO of the Norwegian Society for Sea Rescue, said: “This is a great honour. We look forward to hosting both this year’s IMRF European Regional Meeting and the IMRF Awards 2018 at RS Noatun, our new training and adventure centre for maritime safety, located just outside Horten, on the shores of the beautiful Oslo Fjord in southern Norway.

“Our goal for the European Regional Meeting and the IMRF Awards is – in close cooperation with the IMRF – to put together a program that will engage all of our colleagues who choose to travel to Norway in November. As for the IMRF Awards, we hope to create a magical evening, to give the winners of these prestigious awards the attention they deserve.”

Nominations can be made online at: http://www.imrfawards.org/nomination-form-imrf-awards or by email to: imrfawards@imrf.org.uk or by phone, by calling: 0044 (0)1569 767405 for an application form. The closing date for nominations is Tuesday 31 July, 2018.

The IMRF Awards 2018 recognise actions that took place, or were completed, in the period from 01 July 2017 to 30 June 2018. Any individual or organisation anywhere in the world can be nominated for an IMRF Award.

All of the submissions will be assessed by a panel of judges and the winners will be announced at an awards dinner hosted by the Norwegian Society for Sea Rescue in Norway, on Thursday 8 November 2018.

The IMRF is grateful for the kind support of its sponsors.

The Individual Award is sponsored by CM Hammar, whose vision is to substantially reduce loss of life at sea by creating better solutions for safety at sea (www.cmhammar.com).

The Awards Dinner is being sponsored by Swede Ship Marine, builders of professional and exclusive boats for the most demanding customers worldwide (www.swedeship.se).

The International Maritime Rescue Federation (IMRF) brings the world’s maritime search and rescue organisations together in one global and growing family, to share knowledge and improve maritime SAR coordination and response so more people in distress on the sea can be saved.

IMRF’s member organisations, which include RS, share their lifesaving ideas, technologies and experiences and freely cooperate with one another to achieve their common humanitarian aim: “Preventing loss of life in the world’s waters”.