Ports24.comJune 17, 2016Comments Off on Bulgaria rules out joining NATO flotilla in Black Sea 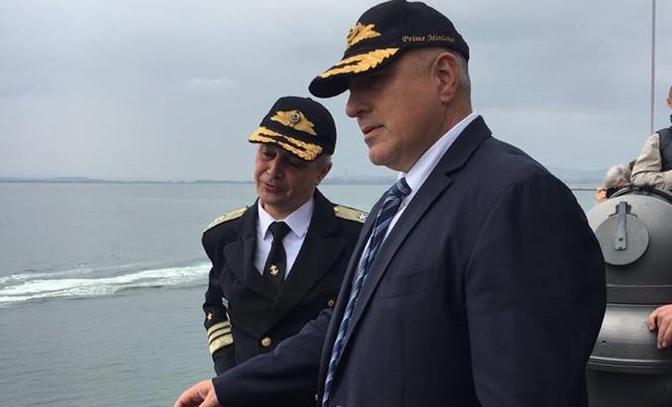 Bulgaria’s prime minister ruled out participation in plans to form a united NATO Black Sea naval task force to counter the Russian Navy in the region. The president of Romania said the initiative is about joint drills, not maintaining a separate fleet.

“I always say that I want the Black Sea to see sailboats, yachts, large boats with tourists and not become an arena of military action … I do not need a war in the Black Sea,” Maritime.bg cited Bulgaria’s Prime Minister Boiko Borisov as saying at a media briefing.

“To send warships as a fleet against Russian ships exceeds the limit of what I can allow,” Borisov told reporters in Sofia on Thursday. “To deploy destroyers, aircraft carriers near [the resort cities of] Bourgas or Varna during the tourist season is unacceptable.”

“If a decision is made to create a permanent force, of course, it would be destabilizing, because this is not a NATO sea,” Russian news agencies quoted senior Foreign Ministry official Andrey Kelin as saying.

“Let’s stop with the speculations that fleets will be set up against anyone,” Bulgarian President Rosen Plevneliev stressed, adding that “Bulgaria is a peaceful country and its foreign policy is not aimed at anyone.”

President of Romania Klaus Iohannis, who visited Bulgaria on June 15-16, and discussed the initiative with both Borisov and Plevneliev, has said the initiative’s sole purpose is “practical cooperation in joint exercise.”

In early June, Russia’s envoy to NATO, Aleksandr Grushko, made a point that the alliance must be well aware that the Black Sea would never be a “NATO lake.”