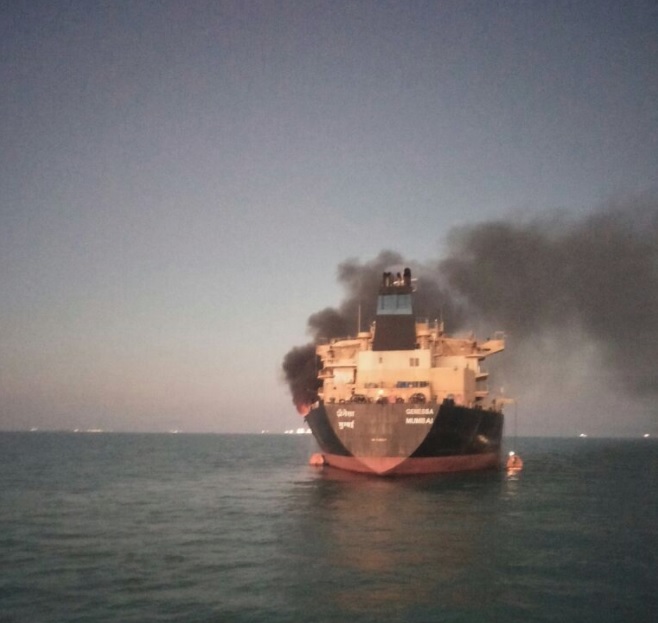 An injured crew member of the oil tanker that caught fire on Wednesday evening died on Thursday even as efforts were on bring the blaze on the ship under control off Gujarat’s Kandla port.

A massive fire broke out in the MT Genessa anchored around 14 nautical miles off Deendayal Port Kandla on Wednesday and all the 26 crew members were rescued. The merchant navy tanker was reportedly carrying 30,000 tonnes of high-speed diesel.

Two members sustained severe injuries and one of them died at a hospital, Abhishek Matiman, defence spokesperson of the Gujarat region, said.

“The fire has been doused but smoke is still coming out from hot spots. So, the operation is still on to cool down hot spots to prevent any mishap or further damage,” Matiman said.

The Indian Coast Guard (ICG) has been leading the firefight.

“Hot Spots temperature brought down to 40 & 25 degree Celsius on port/stbd side respectively. Boundary cooling is in progress. IndiaCoastGuard hovercraft deployed for shoreline assessment for oil traces (sic),” it said in another tweet.

Matiman said that no oil spill has been reported so far in the Arabian Sea from the tanker.