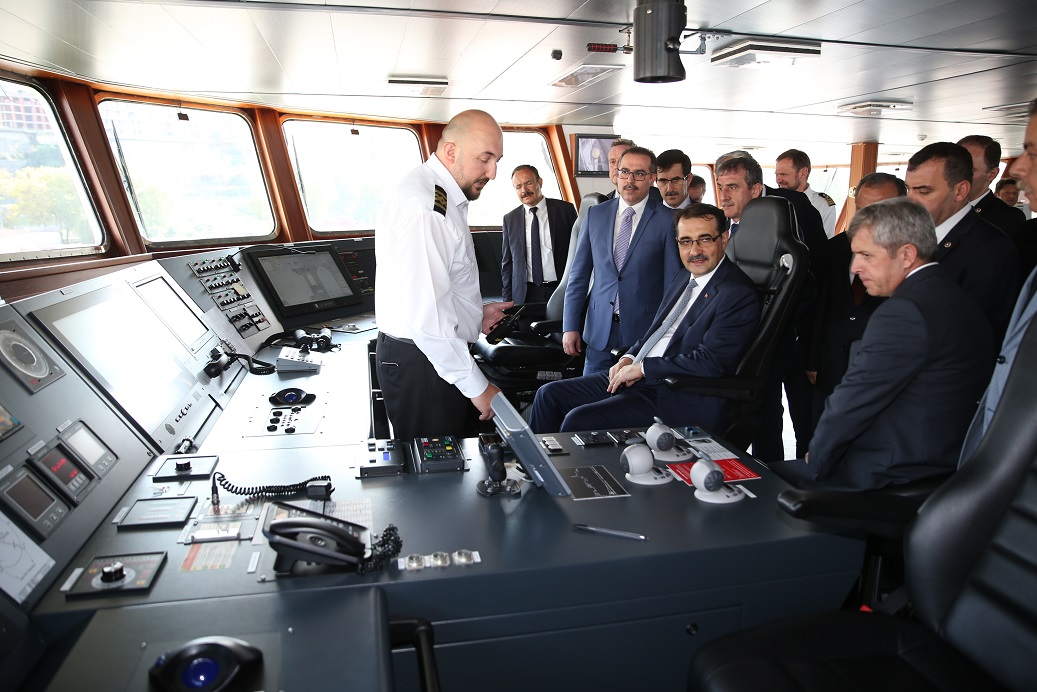 Speaking at the launch ceremony, Turkey’s Energy and Natural Resources Minister Fatih Donmez said that Turkey would conduct deep drilling works with its own vessel for the deep-water well Alanya-1 as part of its efforts to utilize its domestic resources.
“Our aim is to open two drilling wells on average a year with the Fatih vessel,” Donmez said, adding that the first drilling in Alanya-1 is planned for a period of nearly 150 days.
Turkey is already undertaking oil and gas exploration using two seismic vessels.
Turkey’s first seismic vessel, Barbaros Hayrettin Pasa, which was bought from Norway in 2013, has been conducting exploration operations in the Mediterranean since April 2017.
Additionally, Turkey’s second vessel, the MTA Oruc Reis, which Turkish engineers built in a local shipyard in Istanbul in June, is undertaking work in the Black Sea.
Meanwhile, the Fatih vessel, formerly the Deepsea Metro II, arrived in the city of Antalya in June in preparation for the start of Turkey’s first deep drilling project in the region.
Donmez noted that other shallow drilling works with the Fatih vessel are planned in the Mersin region in south Turkey next month, adding that Turkey is about to buy a second drill ship to ramp up exploration.

On Oct. 18, the Turkish navy blocked a Greek frigate trying to interfere with the Barbaros Hayreddin Pasa research vessel.
The incident prompted an immediate response from Turkish officials who warned Greece against taking action in the Mediterranean Sea that would spark tensions in the region.
“There is no security risks [towards the vessel], however, if harassment takes place, our naval forces will do what is necessary,” Donmez said.
Stressing that Turkey has no intent on taking any other country’s resources in the Mediterranean Sea, Donmez asserted the sole purpose is to provide resources under Turkey’s sovereignty as a guarantor on the Cyprus Island to its Turkish and Turkish Cypriot citizens.
Turkey has consistently contested the Greek Cypriot administration’s unilateral drilling activity in the Eastern Mediterranean, while asserting that the Turkish Cypriots also have rights to the resources in the area.